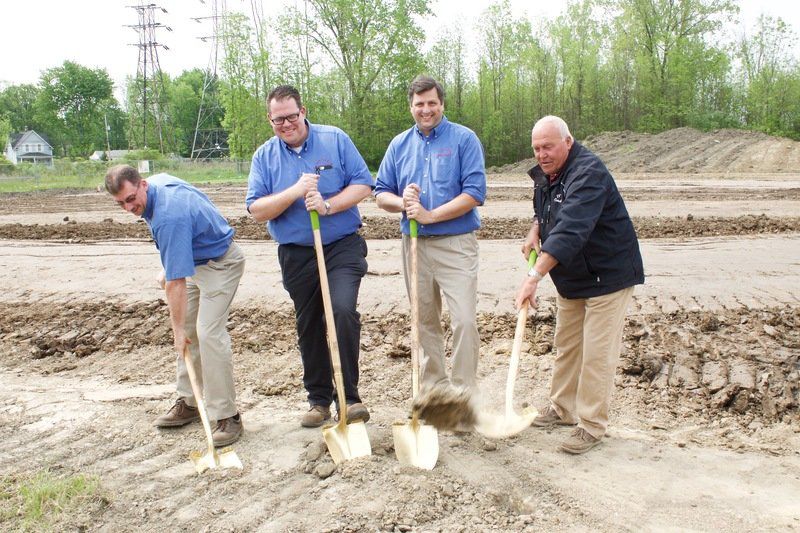 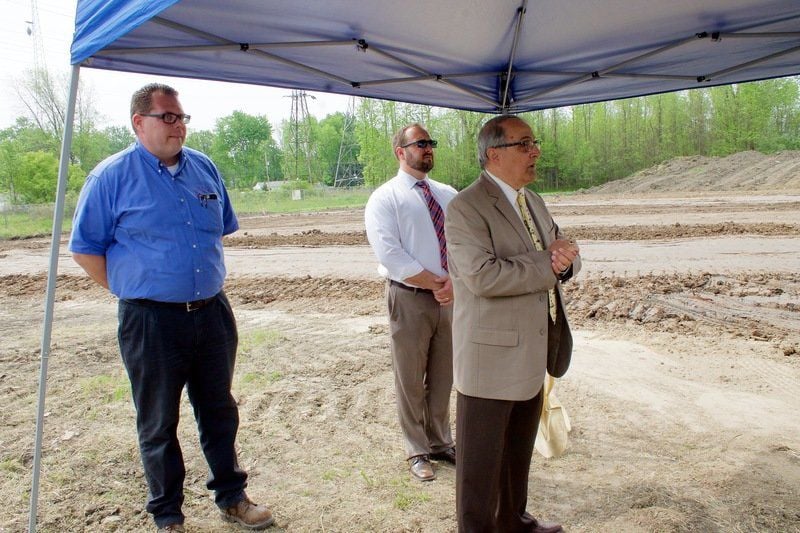 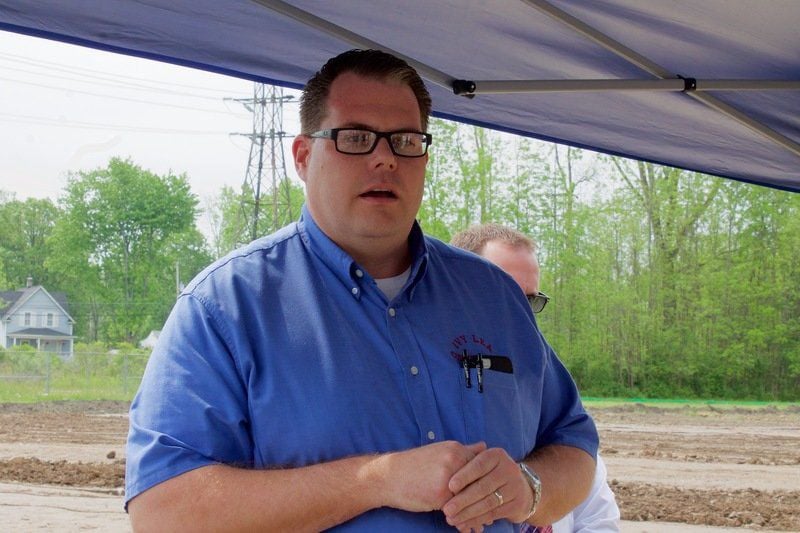 MIA SUMMERSON/staff Ivy Lea Construction President Michael Washington speaks to the attendants at Thursday's ground-breaking ceremony. The company will more from their current headquarters at 440 Northwood Drive in the Town of Tonawanda to 765 Walck Road in North Tonawanda.

Ivy Lea Construction, Inc., presently located at 440 Northwood Drive, will move its operations to 765 Walck Road. According to company President Michael Washington, the company's need to relocate has become urgent, as they have outgrown their current facilities.

"Our team has grown a ton from the time John (Washington) started our company to today," Michael Washington said of the business his father founded. "We've seen significant growth in the last five years and I see a lot of growth coming in the next 5, 10, 15, 20 years."

Washington said the company has always been based in the Tonawandas and they're glad they could stay in the area. They're making their move with incentive from the IDA in the form of a 10-year payment in lieu of taxes agreement, said IDA Executive Director Sam Ferraro.

"This is part of that comeback story that North Tonawanda has been trying to narrate for a lot of years," said Niagara County Legislator Rich Andres. "We have a piece of land that was underused as a baseball field and was certainly not on the tax rolls. It was something the city mowed the lawn on and that was it. Today it will be put back on the tax rolls."

The location on Walck, not far from the Twin Cities Memorial Highway, is an idea choice for Ivy Lea, Washington said. He noted that in addition to being close to travel routes they're also near suppliers, distributors and are centrally located within easy access of several of the communities throughout Western New York where they do business.

Ivy Lea will be bringing about 45 employees to their new headquarters with a goal of adding 15 to 20 more over the next 12 to 18 months. They expect that construction will be done on the building by late fall or early winter. There is additional vacant property near 765 Walck Road, which Washington said the company might be interested in developing in the future.

"This company, being a second-generation company who has such a fantastic reputation, has finally decided, and we're so happy about that, (to cross) the canal and came over here to North Tonawanda and into Niagara County," said North Tonawanda Mayor Arthur Pappas, adding that the city is thrilled to have such a company joining the community.