NT officials look to update the books for downtown 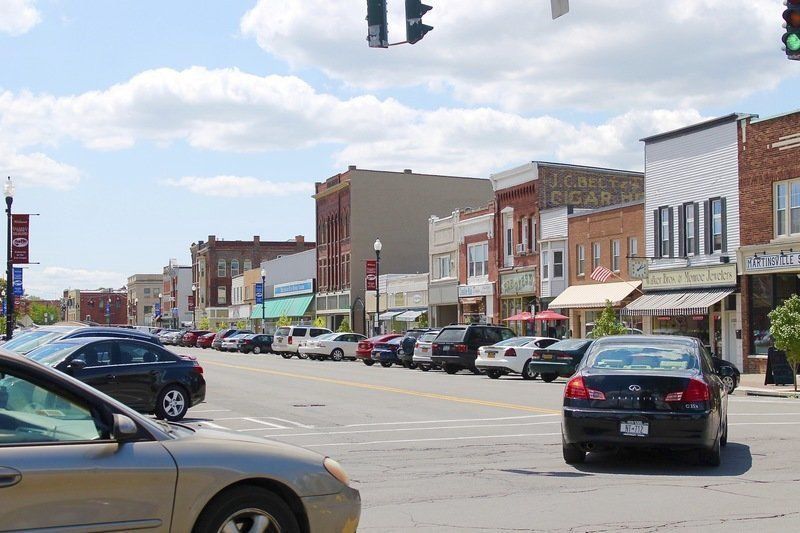 It turns out North Tonawanda has some work to do when it comes to updating its out-of-date city codes.

"I could not make this up, your existing code actually references and regulates horses and buggies," Consultant Kimberly Baptiste of Bergmann Associates recently told city officials during a presentation. "So that is how outdated some portions of your existing code are."

The work could eventually lead to the possibility of rezoning the downtown district.

Currently, much of downtown NT is zoned for industrial uses, which fits neither the majority of current uses nor the city's vision for the area's future. On Tuesday, the common council heard a presentation from the Lumber City Development Corporation and Bergmann Associates of a draft update to the city's building codes.

Baptiste explained that the goals of the code update are to incorporate "up-to-date best practice techniques, laws and technology," to fit the code to the city's NT Momentum plan, which will involve a large-scale reimagining of much of the city's downtown district, as well as to improve the code's clarity and ease of use.

The NT Momentum Program is being carried out via the state Brownfield Opportunity Area Program, which provides funding to be used to toward revitalizing areas that have been or may have been impacted by hazardous materials. For North Tonawanda, this includes Tonawanda Island, downtown and the Niagara River waterfront area, according to LCDC Executive Director Michael Zimmerman.

"One of the goals of this program all along has been to update and improve the building codes in those areas so it meets our master plan and our vision for development in that area," Zimmerman said.

Baptiste explained different zoning philosophies that come into play in the plan presented to the council on Tuesday, including Euclidean zoning, form-based code and incentive zoning. She suggested the city utilize pieces of all three to create a "hybrid" zoning code.

Euclidean zoning is the most common form of planning, she noted, and involves separating areas of a municipality based on uses. On the other hand, form-based code regulates buildings according to the desire to maintain a particular aesthetic or character. This is often employed to preserve the historic feel of a neighborhood, for example.

Incentive zoning, Baptise said aims to give developers more flexibility, would primarily be used along the waterfront, including Tonawanda Island and River Road. She described a hypothetical scenario where a developer needs to build outside of the code to make the operation work and the city allowing that to happen in exchange for something else.

"We as council have the right to determine what we feel is a negotiated equal exchange," Baptiste sad. "It might be park land, it might be money set aside into a fund for public amenity improvements, it might be trails, it might be public access to the waterfront."

The plans for the downtown district include strengthening the Main Street feel of North Tonawanda's traditional downtown, which includes the area around Main and Webster streets. The "High Density Downtown" area includes Sweeney Street and will focus on mixing residential uses with retail, dining and service businesses.

Plans for the Oliver Street and River Road portions of downtown call for the redevelopment of entire blocks while allowing for a full range of uses. The plans also call for changes to sign codes as updates to the site plan review process in all areas. On River Road, it also involves public realm improvements.

Next on the agenda is for the plan to be reviewed by the council and city staff. During January and February, the public will have the opportunity to comment on the plan before it goes to a public hearing sometime in March. The hope is to have the final code update adopted by April.

"It's bringing us into the modern way of looking at codes," said Alderman-at-Large Robert Pecoraro.