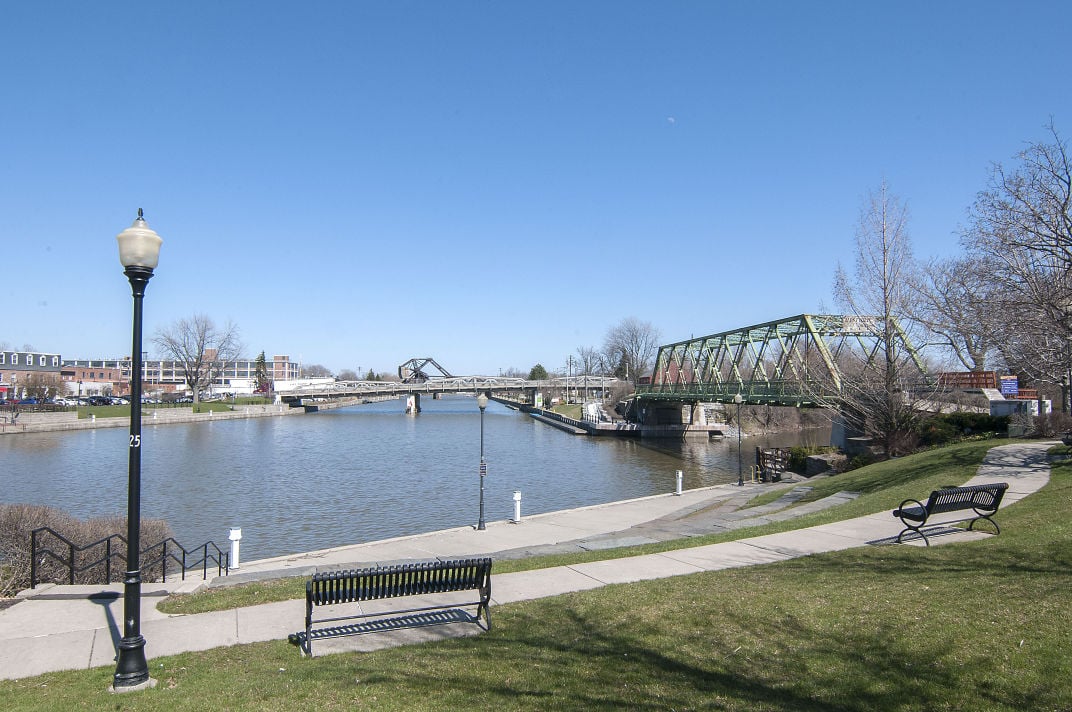 A view of Gateway Harbor bordering the City of Tonawanda and North Tonawanda.

NORTH TONAWANDA — The common council has approved a request from the Lumber City Development Corp. to apply for state funding in an effort to help finance several projects throughout the city.

In the coming weeks, four applications will be submitted seeking funding for a pair of capital projects, a business development program and a "community needs assessment" for Oliver Street. In a letter to the council, LCDC Executive Director Michael Zimmerman wrote that the projects were chosen based on "feasibility, project need, funding availability and project readiness."

The first application will be for $250,000 to complete updates at Gateway Harbor Park, with $200,000 coming from the Department of State Local Waterfront Revitalization Program and $50,000 coming from the Canal Corporation Canalway Grant program. If approved, the grant would require the city match the money awarded to them. The project would involve the construction of new restrooms and offices, as well as site improvements such as landscaping and lighting.

"There's one men's room, one women's room, it just can't handle the size of the crowds that are there," Zimmerman said. "The utilities are outdated, so it's just time to upgrade."

The second project involves a request for $200,000 to the Community Development Block Grant Microenterprise Program. It would provide grants to small businesses and low to moderate income business owners and create jobs at those businesses. If approved, the initiative would be city-wide, but with a focus on Oliver Street and downtown.

In further continuing its effort to improve Oliver Street, the third application will be submitted to the Community Development Block Grant Community Planning Program for $40,000. If approved, the money will help the city pay to investigate the needs of the Oliver community as well as to develop and plan to address those needs.

"It would let us get the basics of a professional study and plan of that corridor, that neighborhood," Zimmerman said. "Hopefully it would be laying the groundwork for us to then go out and get more grant money for that neighborhood."

The last application, which the LCDC will submit on their own, will be to the New York Main Street Downtown Anchor Program for $300,000. If granted, the money will assist in the conversion of the YWCA building at 49 Tremont St., to affordable housing units, program space, and a food service business. Zimmerman said that this amount is just a small part of the total project cost, which is still being determined.

Alderwoman-at-Large Catherine Schwandt said that when funds are available to make improvements around the city, it's always good to try to be a part of it.

"(The state is) giving away money and our city is in a good position to get some," she said. "You want to take care of your infrastructure and your businesses."

In other news, Alderman-at-Large Robert Pecoraro announced that the council would be holding its next public outreach session from 4 to 8 p.m. July 28 at the North Tonawanda Public Library, 505 Meadow Drive.

The council will host their next regular meeting on July 19. The meeting will be held early and will not include a public input session due to the Canal Fest Parade, which starts at 6:30 p.m.