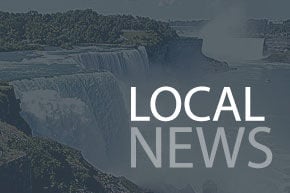 Rock One Development of Clarence has requested assistance from the Niagara County Industrial Development Agency in the form of a payment in lieu of taxes (PILOT) program to help them construct a 100-unit apartment and townhouse complex at 600 River Road.

Rock One owner Lou Visone said their research has shown that there is in an interest in waterfront housing in North Tonawanda.

"Marketing studies have shown that people want to live on, or near, the water," he said. "It's the water that is the draw. They enjoy the canal system and the river system and the view."

Some residents at a public hearing held Tuesday at the Department of Motor Vehicles on Wheatfield Street, lauded the $20 million project for bringing development to the city and putting a remediated Brownfield Opportunity Area back to use. David Jakubaszek said it was in line with the city's master plan for development and its goal strengthen North Tonawanda's image as a destination.

Doug Taylor, president of Taylor Devices, and chairman of the board of directors at the Lumber City Development Corp., said he was for anything that puts the empty property back on the tax rolls.

"Speaking as a taxpayer, I'm for this project simply because the darn site's been vacant for the past 40-something years, and I'm old enough to remember when it was the Iron Works," he said. "Anything that can be done to get a Brownfield back into service I, as a taxpayer, am all in favor of."

If approved for the PILOT program, Rock One would pay an increasing percentage of its taxes over the next 10 years, starting at 15 percent in year one and growing to 60 percent in year 10. This translates to a net exemption of $3,230,919, based upon county, local and school tax rates at the time Rock One submitted its application for financial assistance.

The project has gone through North Tonawanda's planning and zonings boards and was approved with two variances, one for height and the other for density, said NT Building Inspector Cosimo Capozzi. He said said the project will be four stories tall, but that city code allows up to 35 feet and that they didn't meet the size requirements for how many units can go on a property that size, which is 6 acres in this case.

"They did the math and supposedly they needed that many units to make the project viable," Capozzi said. As to the height variance, he credited the property's downward slope, which makes the building appear shorter than it is to those on the other side of River Road. "If you know the topography of the land, the first floor of the building, from River Road you can't see it. So visually, it's a three-story building."

Though the feeling in the room toward the project seemed primarily positive, there were still some with questions. Resident Austin Tylec questioned whether or not Rock One had experience maintaining Brownfield properties, while resident BJ VanDewater asked what would happen if the property got a bad inspection in the future, causing its certificate of completion for the remediation process to be revoked.

If granted IDA approval for the PILOT program, Visone said they hope to get started on construction as soon as possible, hopefully by mid-summer.