Where there was smoke there's development in NT 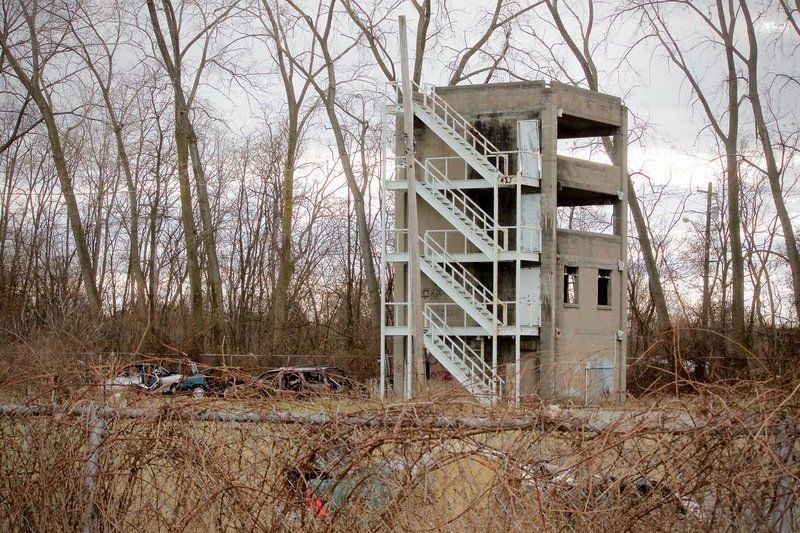 MIA SUMMERSON/staffThe tower, located near the base of the Frederick B. Durkee Bridge, was once used to train local firefighters. But it hasn’t been used in some time and has now been declared unsafe. 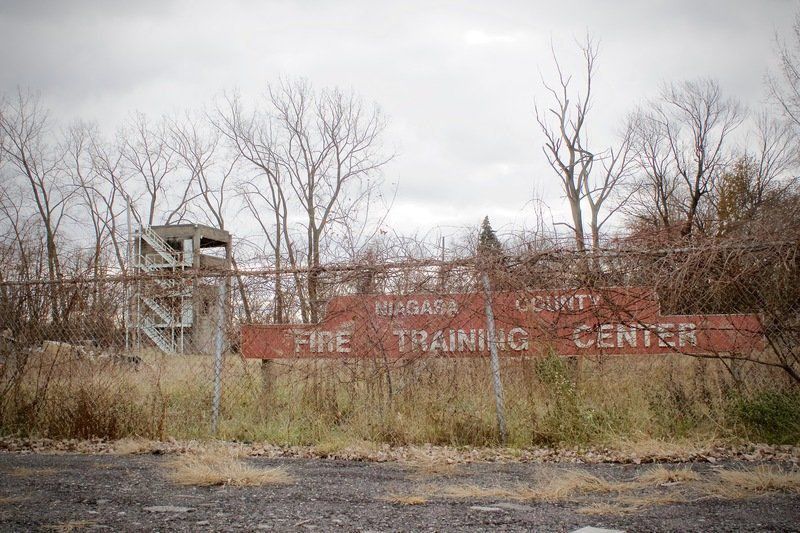 MIA SUMMERSON/staffThe former fire training facility on Tonawanda Island is set for demolition to make way for future development on the island. While there’s no official plan for what will be constructed in the tower’s place, but the goal is to create spaces that can accommodate a variety of uses, from commercial space to residential units.

Aside from a restaurant, some industry and a few docks, there’s not much reason to visit Tonawanda Island, but the city of North Tonawanda’s plans to make a destination out of the area have taken a step forward.

Just last week, Gov. Andrew Cuomo’s office announced the fifth round of funding for the Restore New York Communities Initiative, which aims to support municipal revitalization efforts. Of the $8.8 million awarded to projects in Western New York, North Tonawanda is slated to receive $161,167, which will be used to demolish an old fire tower on the island.

The money will go toward the “demolition of the former fire training tower on Bridge Street to prepare the property for a future mixed-use development that can serve as a potential catalyst to the future of Tonawanda Island,” according to a press release from Cuomo’s office detailing the grant awards.

In December, the North Tonawanda common council heard a pitch on the project from Michael Zimmerman, executive director of the Lumber City Development Corp. He said the 3-acre parcel included the tower and smokehouse buildings, along with other “various debris.” He said that the tower is no longer used by fire professionals, adding that “they’re not safe.”

At the time, Zimmerman said the city would apply for $1 million in state funding for the project, with approximately $245,100 needed for the demolition with anything left over expected to be used on environmental studies due to the property’s status as a Brownfield Opportunity Area.

Zimmerman now says the demolition is expected to cost closer to $300,000, but the remainder of the costs associated with the demolition and remediation will likely fall to a private developer.

“What we initially conceived was to cover the cost of the demolition and then make the property available for (private) development,” Zimmerman said. He added that now, it seems the best course of action is to provide the grant funding to the selected developer as an incentive and allow them to undertake remedial efforts.

“If we did the clean-up then they wouldn’t be eligible for (Brownfield) tax credits,” he said.

He also said that the city will issue a request for proposals and select a plan that best fits its vision for the future of the island as envisioned in its master development plan.

Mayor Arthur Pappas said he was glad to see the project moving ahead. He also referred to the plan as a potential “catalyst” that the city hopes will spur additional economic development on Tonawanda Island.

Pappas said the plan is in line with the city’s master plan for developing its downtown and waterfront districts. While he said he isn’t certain what type of development will go in the spot where the old fire tower currently stands, he said ideas are being discussed.

“There are things that have been talked about, a possible hotel, a possible restaurant again, it’s going to depend on what proposals are brought in,” Pappas said. “We want Tonawanda Island to eventually be developed into something big. Not many cities own an island, and that’s our island ... so it’s kind of exciting to think that could be a great place in the future for who knows what.”